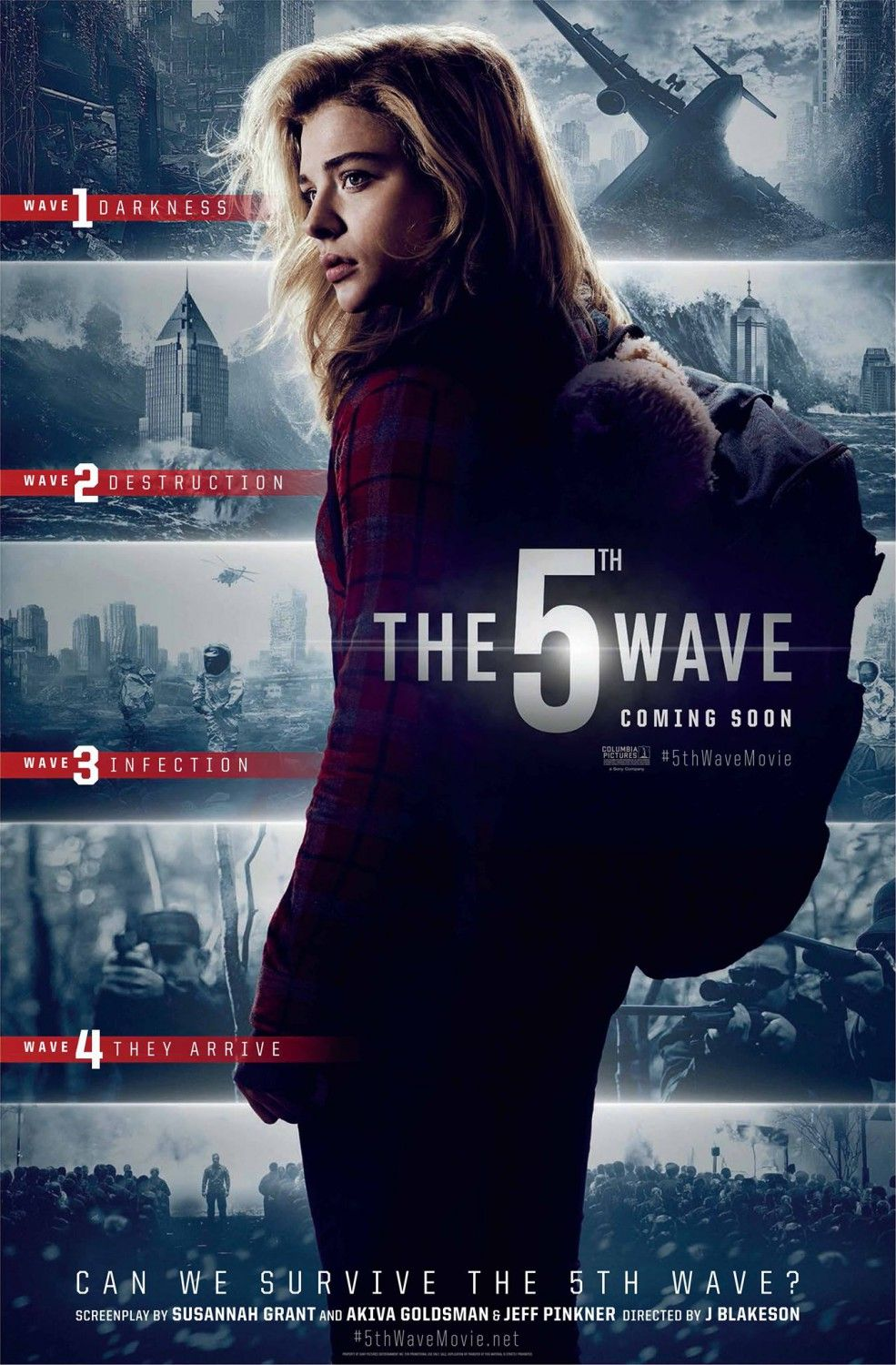 There were a lot of movies that could have been chosen, but I decided to choose one that is a bit different from the regular movies or documentaries that focus on one big issue. The 5th wave talks about a teenager girl, Cassie, who is trying her best to get to her little brother, Saam in the middle of an end of the world situation. I chose this film because among all of those great movies, in a way, I can relate to this movie, since the main character is a typical teenager like the rest of us.

The 5th wave is another film that talks about the end of the world but in a different way. With no messages or warnings, a mysterious object appears in the atmosphere and starts moving around the planet. No one knew what was on it or who they were so they called them “the others”. They start hitting the earth with waves. An electromagnetic pulse that killed all the power on the planet, an earthquake, a deadly flu where Cassie’s mom (a nurse) died helping other people. Short time later, the dad also dies. As the kids were supposed to go somewhere safe, they all went on a bus. Cassie went down to get something, however the bus started moving and she couldn’t catch it. We, afterwards, see how Cassie tries her absolute best to get to her brother. Knowing that the other’s next strike was to kill all the rest of the humans.

What attracted me in this movie is Cassie’s strength and perseverance. Despite everything that is happening, her number one priority is to get to where her brother is, alone, with no help nor knowledge on how to survive. She breaks many stereotypes about being a man is the stronger gender and is able to handle more dangerous things. She teaches herself how to shoot and how to survive. She never gave up and whenever she feels unmotivated she remembers her brother and why is she doing all that, which gives her power. Throughout her journey, she had very high hopes that she will be reunited with her brother.

We can also see how independent she is. After getting shot in the leg, she didn’t want the help of the guy that helped her recover, Evan and wanted to continue the walk on her own. However when he refused to let her go alone, she asked him to show her some tips and tricks to fight and defend herself. The way she wants to depend on herself and keep herself safe with no help really shows us how strong and courageous she is. And how women or girls don’t need a male character to take care of them or look over them as an easy and weak person. The way she changed, from a typical teenager to someone who is willing to fight whoever to keep on with her goal, is amazing. Throughout the whole movie she was focusing on only accomplishing her goal and she never doubted herself.

Finally, I see that this movie has a lot of aspects that represents every teenage girl, even if we don’t see it from the outside, under the similar circumstances we will show a lot of courage and strength. It shows that we don’t need anyone else to complete our goals and by ourselves we can do so much more than we could ever imagine.

View all posts by carolsoliman