American Horror Story has been a series I’ve always loved to watch. It incorporates different aspects of horror, spine-chilling and macabre scenes throughout the whole season. This famous television series has a different storyline for each season which I find truly unique. This show was created by Ryan Murphy and Brad Falchuk, back in 2011. The eighth season of the series was named “the apocalypse” (my ultimate fav!) and I believe it contains many underlying feminist aspects to it that viewers might have not realized. The Apocalypse is a season that represents strong feminism in a patriarchy dominated era. 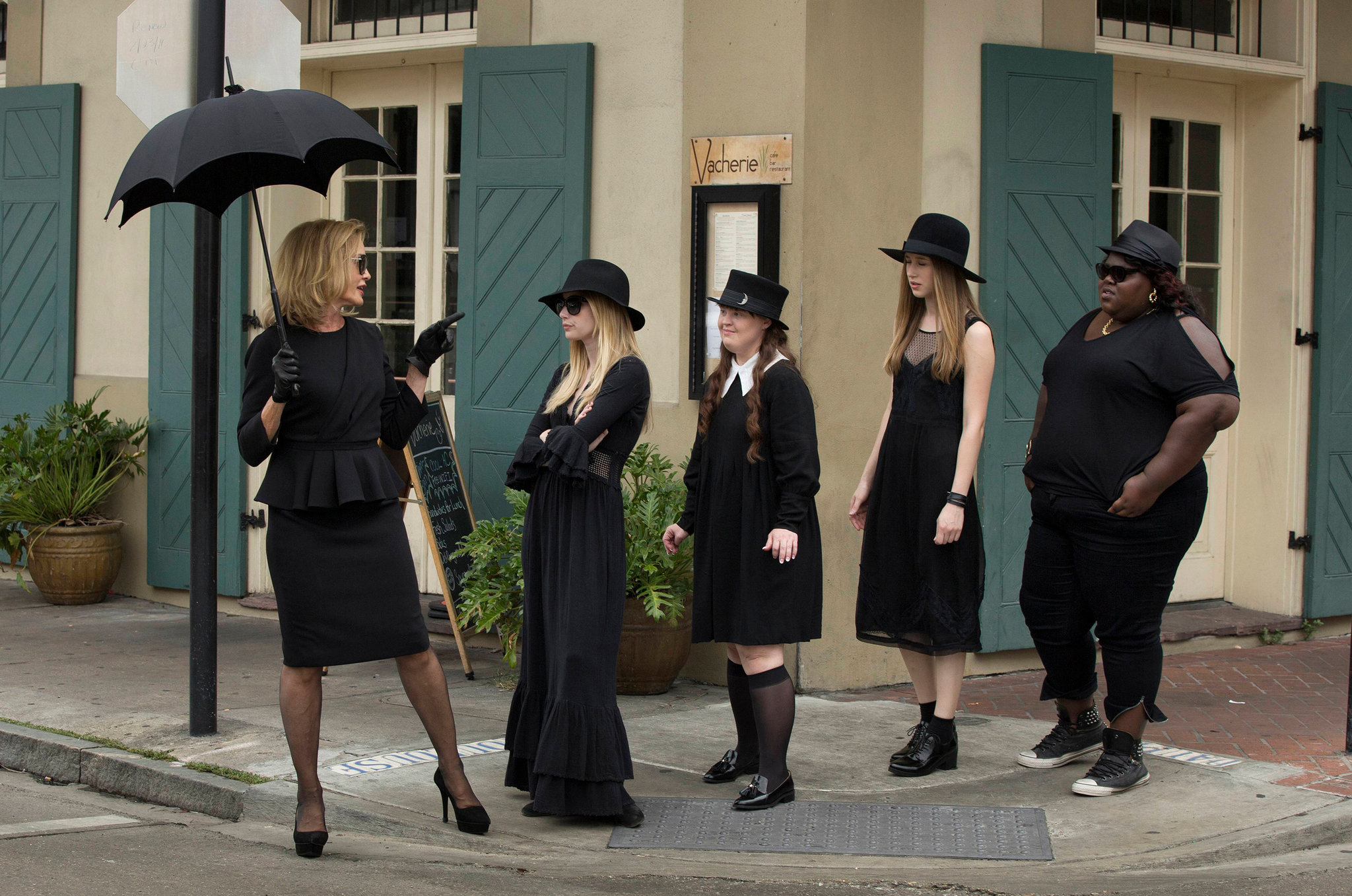 The story starts off with the main characters who are 7 powerful witches from a line of descent of the Salem witches back in 1692. There’s even a flashback period to this time era, where they made a reference to the Salem Witch Trial at some point throughout the show, which displays aspects of feminism. In a society where everybody (mostly men at power) wanted all the witches to suffer and burn at stake, they portrayed true feminine strength by standing big and tall at the end of their lives, while screaming “mark my words, my bloodline will never go extinct!” I believe that this is a true feminist movement. Back in those days, males dominated almost every aspect and women didn’t have much say, notably in governmental institutions.

The apocalypse was a series emphasizing a young man named Michael Langdon that grows up to be the antichrist and wants to take over the world. However, a group of powerful female witches join forces in order to beat the antichrist. Satan himself is represented as a man which shows male dominance and extreme masculinity. He is portrayed as the most powerful person in the world and even the witches alone won’t be able to stop him. The women had to learn to work together in order to overcome the antichrist and they learnt that in order to survive they needed to work together. An important aspect that I want to emphasize on would be how they portrayed ultimate girl power and how female relationships are important. For the female witches to survive they needed to unite as one, and that’s when they realized how powerful they are. This was absolutely empowering knowing that women coming together could conquer the impossible.

Moreover, throughout the series the viewers figure out that the supreme witch (the term for the ultimate witch leader) was dying due to old age and they needed to figure out who would be the next supreme. However, the criteria of becoming the next supreme witch was based on how well you can manipulate the seven wonders of the world. Which consists of different magic abilities such as mortis, vitalis, concilium, clairvoyance and transferal. Here I’ve inserted a clip of the movie to show you how the antichrist was able to manipulate all these perfectly whereas the female witches were only able to do one type of magic. The next supreme witch was about to be the antichrist until the female witches realized that they needed to work together in order to defeat him once and for all.

To conclude, I enjoyed watching that season of American horror story since it uncovers many underlying feminine and masculine aspects. It also portrays how women are being perceived in the 21st century with a little twist of comedy and gruesomeness, this is why I enjoy the show. I also love seeing women coming together in order to fight off the “bad guy” which is usually portrayed as a man in this case, Satan himself. Patriarchy is still present in our society today however much less compared to back in the days. Even though this is a fictitious serie I think thats its amazing that women back in the 1600’s had already begun the feminist movements starting with the Salem witch trials.

View all posts by 38VanessaK