KNOCK DOWN THE HOUSE AND HOW WOMEN SHAPED 2018 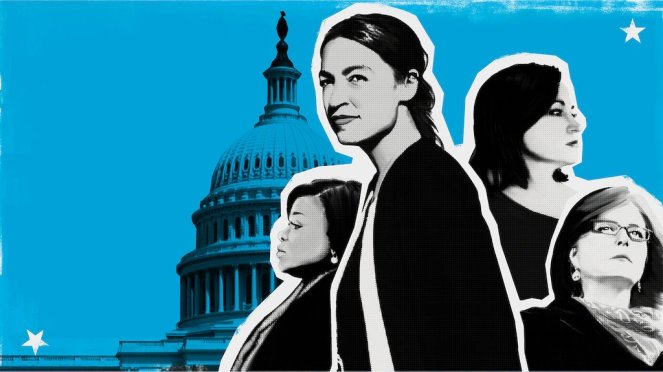 THE FIRST TIME I watched this documentary was last year. Ever since that first time, I have rewatched it multiple times, for the sheer emotional and inspirational power this movie holds, as well as the feminist message it sends, has moved me in many ways.

“We’re coming out of the belly of the beast, kicking and screaming,” are the powerful words of Paula Jean Swearengin, one of the four women running for Congress presented in this film. These words are the perfect imagery for the first charged feminist message this film puts forward: Women can fight back, and they are. One thing the four women we learn to know in this movie have in common is that they were running for congress to help their underserved, inequality-ridden communities gain justice and genuine representation. These women, with all the odds stacked against them, rose from their non-political backgrounds to challenge their established representatives and bright some change to their communities, regardless of the outcome, when they saw their communities struggle under the weight of the American system.

Another powerful message that this film puts forward is the strength of the so-called ordinary woman. The four women who were presented to the viewer were one of many average Americans (a nurse, a bartender, etc.) and all came from humble backgrounds, who then went to run grassroots campaigns without corporate backing. In the case of AOC, she was a bartender from the Bronx that transformed into a confident public speaker that won with a grassroots campaign in what political analysts have called one of the biggest political upsets in modern American politics. To run campaigns, which are extremely time-consuming and exhausting, that touched the lives and hearts of so many without corporate backing, shows the strength of women.

Furthermore, the grassroots campaigns these women ran and the difficulty that came with it exposed the feminist issue of class. From working-class backgrounds, the women running for Congress faced difficulties and obstacles in their campaigns that their opponents didn’t. From funding to getting recognition and credibility, Bush, Vilela, Ocasio-Cortez and Swearengin fought harder than anyone else to bring their campaigns to fruition, twice as hard as their opponents who were bred to become politicians or were backed by the Democratic establishment, which became a good show of the class divide in America and how hard some have to work to achieve the same as others who do not do much.

Lastly, the film shows how women, people of color, and overall political outsiders, when given a stage and support, flourish and become the organizers their communities need. Every single one of the candidates this film presented created, regardless of how small, a movement in their communities that will spur other candidates like them to run for office and became activists in their own rights, while facing their own personal difficulties. Thanks to the support of their communities and Justice Democrats among others, these fearless women gave their all to make sure their communities would have a better future. Only one made it to Congress, but all made a difference.

View all posts by ncibanez